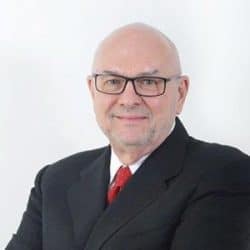 Positions: Chairman of the Board

Carl has served at major hospitals globally as Chairman, CEO and CFO. He has discharged duties as CFO of Singapore General Hospital, and as Director of Finance at HCA in Nashville Tennessee. He has also served at Tenet Heathcare as Vice President of Finance and Development, and later as CFO.

He has served as Chairman and CEO for Vista Healthcare in Singapore, and as Group CFO for Bangkok-based Bumrungrad International. At the Abu Dhabi Healthcare Services Company (SEHA), he took on duties as CEO, and later as Chairman of the Board’s Executive Committee.

Carl is the founder of DBA Portfolio Advisors in Abu Dhabi, and works with several organizations on an advisory basis. He is also the non-Executive Chairman of the Board for Saudi Arabia-based Tibbiya Holdings.